Showing posts from June, 2007
Show all

June 25, 2007
This past weekend I had Hubby was nice enough to pull some extra "Daddy Duty" so that I could go attend the Obesity Help Conference in Austin. I love Austin, so I figured, if the conference was boring, at least I'd be in Austin -- a Win-win situation for me. Luckily as it turned out, for the most part, the conference was pretty good (I do have some feedback for OH though). Lots of room for improvement, and rumor say that most conferences are 2 days, whereas Austin was just one. There were three things/people who really "hit" different spots for me. One was a post-op who described his story, the other was a Dr. MaryJo Rapini, a psychotherapist, and the emcee of the event Jackie Guerra. Of course props go to the others who were there donating their time, but I got the most from these three people. With regard to my recent inner-conflict (or whatever the heck you call it) I decided I am going to get some help. There is that, as well as some other issues I h
1 comment
Read more 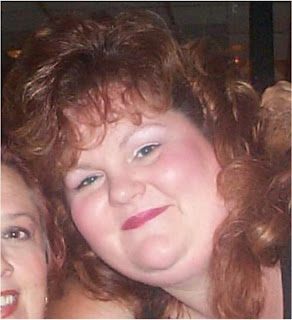 June 20, 2007
So I have the surgery; my health is improved. Not only that, my confidence and general attitude are definitely better. Still a little shy, I think from some residual confidence issues, but overall so much better. I'm living my life now, instead of living vicariously through others. In fact, just last weekend I physically showed my daughter how to use a slip-n-slide! I have returned to school and I feel fantastic about LEADING my life. I look in the mirror I see improvement. I don't see perfection, but that's OK because perfection is not what I'm looking for. I watch for changes that will motivate me. I take time to notice them and I enjoy wearing flattering clothes, the freedom of movement and every single "WOW" moment I experience. Those are the things that keep me going. Here's where I seem to have a problem, and I know this is going to sound crazy... but I guess this is part of the post-op head game. If I look in the mirror and I say, "H
7 comments
Read more

June 09, 2007
This week I hit 80 lbs. lost. I do my best not to compare, but it seems others who had surgery the same month as me are losing way faster. I know I'm doing it all right; eating, exercising. I suppose I get somewhat envious when the weight just falls off others without very much effort or regard for the "rules" of post-op life. Also too, my stalls remind me of my weight loss efforts (failures) pre -op. I'm not even 7 months out yet... I still have at least 11 more until the mal - absorbtion period ends. It seems I lose like 8 to 10 lbs. then nothing for like 4 to 6 weeks; it's so maddening. Even though I know better, I have to vent about it. I started buying some 16's and can actually wear some of the XL's in the Misses department -- just that alone opens a whole new world for me! As for the new job, it is excellent. Surprisingly it is turning out to be what I was looking for if I stayed in technology -- still in technology but not support (or at le
2 comments
Read more
More posts