May 27, 2010
I'm a firm believer that the rough times pass.  I also fully believe without the rough times the good times aren't nearly as sweet.  The last week-and-half have felt like a year.  The ups and downs of losing a beloved friend are bad enough, but to watch her loved ones survive her with such pain is just as hurtful.

For the last couple days I've been consciously making the effort to stop trying reconcile Elysha's death -- because frankly there is no good reason.  Period.

As for the service it was perfect.  The pastor spoke well, as did members of her family and one of her childhood friends.  I've never seen so many people at a service before.  Just another testament to how many lives she touched.  Incidentally, E's birthday is this Friday.  Love you, girl!

*deep breath*  Life, however, goes on... and we have to keep moving forward, a hard reality.

In other non-related news, I've been back to the doc and he upped my hyperprolactinemia (Dostinex) meds.  I'm still not on the full dose, but hopefully soon I'll get there.  I haven't really felt much different.  Weight is holding steady, as usual.

Tri training just hasn't been happening.  I swam once last week -- that was it!  A whole week of red boxes on my training calendar; yuck!  I bricked yesterday but lack of regular sleep and full nutrition doesn't help -- especially in the heat.  I was light-headed and dizzy; just did what I could.  At least this week I'm doing the best I can getting some in.

Cass' graduation was on Tuesday night at U of H  Clear Lake (it's true!).  Also the same day the transmission died and I had to buy a new car! 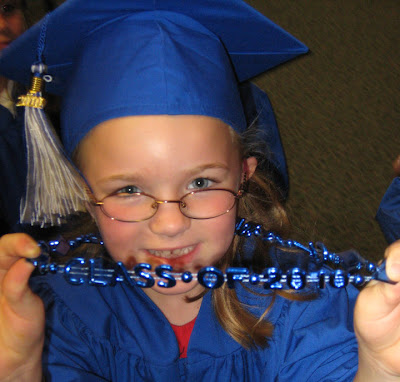 The transmission on my "Libby" (my Jeep) died.  Finally.  Libby decided to crap out while my husband was on a well-deserved fishing trip.  I had to ruin his morning with a message from the auto repair place.  We knew it was coming, we just didn't know when.  I had been shopping around and sort of knew what I wanted and what was out there.

As luck would have it, I scored a pretty slick deal on a previously loved vehicle.  I got an '08 Infiniti FX35 with a boat-load of options I would have never been able to afford brand new with all the options!  Well, I suppose we could of, but then I would have been car-poor.  I feel good that I made a responsible choice and went used -- let someone else eat that depreciation!  So the deal I found was on a car with just 16000 miles.  Sixteen thousand!  It was driven to work with a whopping 6 mile commute and garage kept.  It still smells new!  I test drove it and fell in love with it!

With Hubs away though, making that purchase was a little unnerving.  I had his best friend, who is as frugal as they come, a gear-head like my Hubs, and not easily enamoured by sparkle and new-car-scent, to check it over for me and drive it.  He came back smiling and said it was "an awesome deal".  I was soooo excited.  Yesterday it was official; paperwork done!  Hubs is glad I was able to do something -- just hope he's as pleased with it as I am! 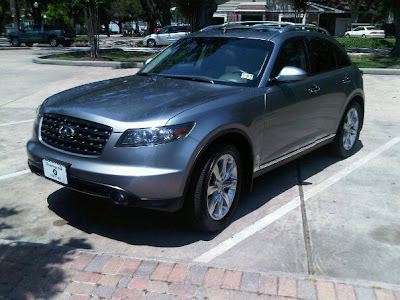 That's about it -- have a great holiday weekend!
Hyperprolactinemia Miss You Much Talk to the Doc Training Sessions