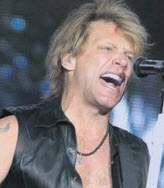 So I'm in my 9th week of 70.3 training for Redman.  Just 8 weeks left after this week so I'm officially "half way there" (from Living On a Prayer -- my official 70.3 theme song by Bon Jovi).  I know I've seen improvements in all areas.  In fact my run pace after a long bike is what my half marathon pace was with taper and rest.  Still not super fast, but I'm feeling very optimistic I'm going to have a good race at Redman, especially with good conditions.  I just have to keep focused through this heat and make super good efforts at proper recovery.

Right now I'm averaging about 90 miles a week's worth of swimmng, biking and running.  It's about 7500m of swimming, 10-11 miles a week of running and about 75 miles of biking.

Speaking of focus, that's been a bit of a challenge lately.  There's a ton of stuff going on with others around me, not to mention my own stuff.  Somehow through offering support and/or compassion, I allow myself to be sucked in.  I'm not sure how it happens, I honestly don't ask for it, but both my Husband and my BFF think I'm a human magnet for others who have problems or are suffering drama in their lives.  I've had to re-evaluate some friendships in the name of maintaining my focus and sanity.  It's all good though.  I'm feeling better about it.

I had my surgery and now that's behind me, so I feel like I can move forward and put the emotional stuff behind me. I'm recovering well and today was my first day back to training.  I have to say it felt really good to be back.  Swim this morning was awesome.  Of course it felt great, I've been off an entire week, right?

So I have an easier week ahead of me, ramping back up after having a week off.
70.3 Mind Matters Training Sessions