Dreams Don't Work Unless You do!

I'm officially back to "work."  as of Friday.  I went to Masters and did a 30 minute swim and felt pretty good.  Knee was a little fatigued, but that's okay.  It felt so good to be back doing something... ANYthing.

I had decided to take the day off and get some things done.  After swim I had the opportunity to go to b'fast with some of the girls, and that was fun.  Dang, they all make me wish I was a teacher who had Summers off!  Hubs joked that I was taking the vacation day to train.  3 months ago, maybe, but this come back will be smart and slow.

On Saturday I hit the elliptical.  It was supposed to be just 30 minutes.  Ordinarily I feel like a rock-star on the elliptical, taking 2-3 minutes off my normal pace, however it was pretty sad how it was kicking my azz. No.  Really.  It was.  I was almost dying on these new Precors, that have the ski arms, so you are pushing and pulling the entire run. Anyway, I was determined to stay on it for 5k, which I did and then did 10 minutes of the elliptical backwards, just to get the reverse motion in too. Day 2 done.  Yay!

Today I made it back to Masters.  It was a good swim.  Knee was fatigued by the end, but then I also swim 1:20 and did 2300m.  400m of no breathers gave me a break from kicking, so I decided to hang for the rest of the session and used just the last 10 minutes to get my rehab exercises in.

So I have another 6 weeks, at which time the Ortho will do all the twist and bend tests on my knee to make sure I'm good to go.  Right now though I have license to swim, bike and run at 1/3 the volume and build 15 minutes a week from there.  so my race schedule is a little different -- here's what I'm thinking:

Enough about me.  I'm not the only one working on dreams...

Cheryl and Sylvia, of BIA Sport are trying to achieve one of their goals. They have developed a women's specific GPS Trainer/HR Monitor that they would like to bring to a reality. Here's a video:


First, let me preface this by saying I have no partnership with BIA, of any kind. In fact, to Cheryl and Sylvia (the founders) don't even "virtually" know me!* I simply think they have a great idea in their product and after reading what I consider trusted reviews on Swim Bike Mom and the "King of All Reviewers" DC Rainmaker, I had to back it myself.  Cheryl and Sylvia have turned to Kickstarter to raise initial funds of $400,000 since coming upon challenges garnering support for the idea.  As Cheryl says, it is kind of hard to find female "angel" investor who is also marathon runner!  It's a lofty goal, but they're pulling out all the stops to make this watch a reality in the retail market. Here is a great interview with Cheryl, explaining all that they've done and come up against through their journey. It's not for not trying, that's for sure.  I love the spirit and passion!

What I love most about this product is that it targets athletes just like me. MOP'ers (Middle of the Packers) who race because they absolutely can't think of anywhere else they'd rather be, at 5:15am on a Saturday or Sunday morning, but in transition setting up for a race.

We are the athletes who try to be just a little better than we were the day before.  Sharing our stories, triumphs and tribulations are exactly what keeps us going.  Having the data helps us see the improvements, even if we're not exactly crossing the Finish first or placing in our age groups. Products that deliver performance AND are easy to use, are invaluable!

Having a community of other women athletes where we share motivation is really how lifestyles change for the better... for the long-term.We're in such a fast-paced culture now that we seemingly need to have a reason to do what is right for our bodies -- I believe the product, in conjunction with the community could be life-changing for some, but will definitely impact many.

With that said, the product is pretty darned.... well, pretty! 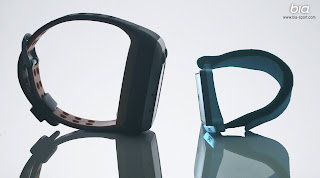 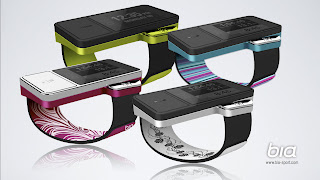 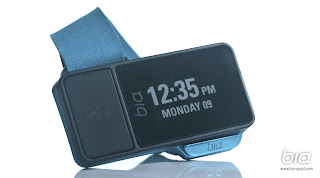 From what I've read, it's doesn't just feel great to wear, but it's also simple to use and has some great features.  It's got one  button instead of 7 -- they compare it to iPod functionality.  You can synch Wifi to an online training log.  And I love that it is ANT+, and therefore compatible with many different devices used in training -- like maybe the power meter I will have one day in the future! They say it quickly connects to satellite -- which I would totally appreciate, since I've lost count of how many times I've stood in my driveway on a cloudy day waiting for a connection.  Or how many times I've fudged the buttons during a race and wound up with no data or guidance.    (Okay, I admit, some of that is just plain ol' user error!)

Honestly, when I first read about it I thought, "Too good to be true."  I thought it couldn't possibly be a robust product, and that in the end would not hold up to the Garmin.  A few weeks later I checked out their profile and the one of the first things I read catches my eye. "This is not a shrink it and pink it product."  Their product team brings experience from Apple, Nike, Jawbone, and Zoot! Even if you're just the least bit intrigued, check out their Kickstarter profile for more information, pictures and details functionality.

Please consider tossing a few bucks their way so they can fund their initial investment.  They even have some thoughtful awards for different levels of donations. What would it take really?  Wearing the only slightly leaky goggles for another month?  Maybe drop a month's worth of expensive lattes (and maybe some weight too!)?  And do we really need another pair of blingy flip-flops?  Yes, Yes.  I know they're cute, but Sylvia and Cheryl are "this close."

If you were "this close" to your idea becoming reality, wouldn't you want support too?

Make your donation here, at their Kickstarter Profile:  http://tinyurl.com/cwpaoag

By the way "Bia" is Goddess of Force and Power... younger sister of Nike. True story.